S.T.A.L.K.E.R.: Call of Pripyat is a first-person shooter with survival and RPG elements published in late 2009 and early 2010. Developed by Ukrainian company GSC Game World, it takes place in the Chernobyl Exclusion Zone, located precisely in Ukraine.

The game story is a direct sequel to Shadow of Chernobyl, the first game in the franchise. I have only played that first game and this one, having missed the intermediate Clear Sky, a prequel to the first one.

The S.T.A.L.K.E.R. franchise is not one of those very well known game series but I think they provide many hours of good fun and an excellent atmosphere, so the games deserve to be better known even if they are sometimes a bit lacking in some technical aspects.

As mentioned previously, the game puts you in the Chernobyl Exclusion Zone (just "the Zone" from now on). Who needs an imaginary wasteland, as in the Fallout series, when you have the real Zone? It’s an excellent place to be the home of fantasy and science-fiction stories.

In the game, the Zone is populated with several kinds of mutant animals which appeared after the Chernobyl disaster. How they evolved so fast even in the Zone conditions is still an open question in the game. The Zone is also filled with small areas called "anomalies" in which electricity, gravity, chemical or heat fields behave in unusual and dangerous ways to the player and have to be navigated with the help of anomaly field detectors if at all. 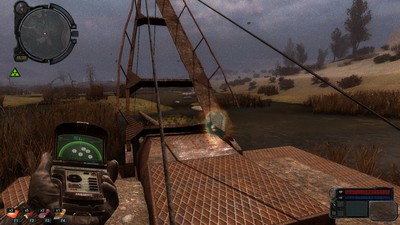 These fields also produce small physical objects called "artifacts" with weird properties that affect whoever is "wearing" them. 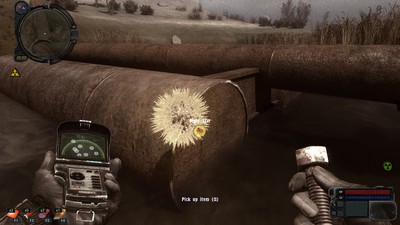 The Zone has attracted different groups of people that can be found wherever you travel. From mercenaries hired to do different jobs and bandits to factions that try to maintain order in the Zone with different and competing goals (the Freedom faction and the Duty faction). Also, teams of scientists studying the Zone, the military and the government (who use the Zone as a R&D area as it allows them to remain relatively hidden from the outside world). Finally, the "stalkers", which give name to the game.

Stalkers are people who enter the Zone in search of money and fame by trading guns or other goods, but mainly artifacts, which are highly valued.

The game does a very nice job in creating a very special atmosphere with its visuals, sounds and characters, and features a unique gameplay. It’s based in exploring the different Zone maps and doing quests, like in other games. You have a backpack and can carry a limited weight. Everything weights at least a bit, including ammo and food.

You need to eat from time to time, you can sleep (which is very nice to avoid the dangerous nights in the Zone, and you could not do in the first game, if I recall correctly) and your equipment degrades with use. Guns get jammed in the middle of fights when in bad condition. In the first game you had to constantly switch equipment but in this one the equipment can be modified and repaired.

You can carry as many weapons and equipment as your weight limit allows you, but only four kinds of goods and two weapons can be accessed directly without opening the inventory screen. Opening any screen (inventory, PDA, whatever) does not pause the game, so you have to make sure you’re safe before doing so. 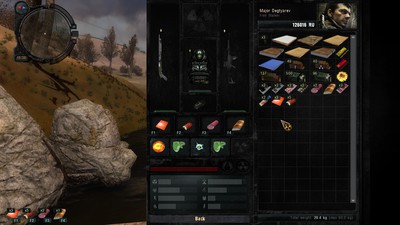 When hit by enemies, not only you lose health, but you can be wounded and bleeding, needing to apply bandages if you don’t want to continue losing health. Radiation poisoning is present too, and makes you lose health too. It can be cured with anti-radiation drugs or by wearing an anti-radiation artifact.

A very welcome feature, in my humble opinion, is the lack of character levels and points. In Call of Pripyat and other S.T.A.L.K.E.R. games, everything is reduced to money. Money can be obtained by trading weapons, goods and, above all, artifacts. Only a few things are free in Call of Pripyat, like looting the bodies of fallen friends and foes. For the rest, you have to pay. Fast-traveling (not possible in the first game)? Yes in this one, for a fee. Traveling between different Zone maps? Yes, money up-front. Lack of food? You can buy food at the bar. Want to modify and improve your weapon? You pay. And that’s how things work in the game.

Leveling up is avoided simply because the game adapts and evolves around you nicely. You start with basic equipment and you can do a few quests. With money obtained from completing quests you can buy better equipment and travel safely to new areas. New areas give more looting opportunities and finding better items, etc. It’s all very nicely balanced, in my humble opinion.

I really enjoyed playing both games, but I have to recognize Call of Pripyat is better balanced and thought-out than the first one.

I could easily give the gameplay 10 points, but I’m holding back a bit because the game ending feels a bit disappointing and leaves too many questions open so the game company can continue to expand the franchise. Other than that, top notch in my humble opinion.

In technical aspects, the S.T.A.L.K.E.R. series, and Call of Pripyat in particular, are a bit above average. There are some impressive features combined with a few bad details and things to improve.

As mentioned previously, the best aspect of the technology is that, by using a custom game engine and sound bank, the games are easily recognizable. You know when you’re playing a S.T.A.L.K.E.R. game. The sounds of weapons and the ambient sounds in the Zone like the wind, animals and structural sounds help a lot in creating a unique atmosphere that I happen to find very attractive for a game.

One of the high visual points is the game light and weather system, that gives very different aspects to the same place depending on the time of the day and the clouds in the sky. The way the sun shines in the morning and every object casts a long shadow contrasts with the water atmosphere during storms and how everything is lit up after a lightning strikes in the distance. 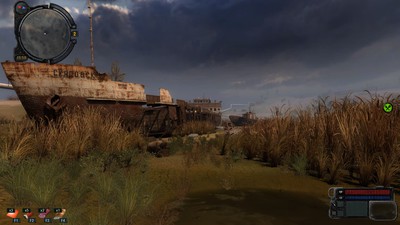 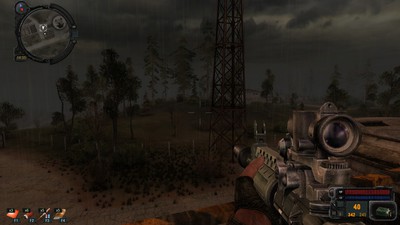 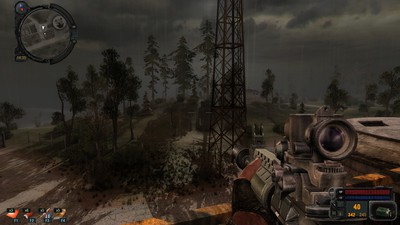 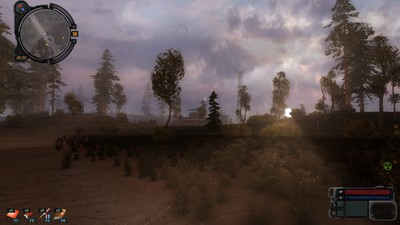 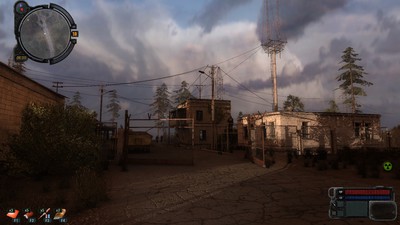 However, these visuals, or the detailed face textures in some models, contrast with other low quality details like the feet shape and feet textures in different models, the not very convincing rubbish piles or the texture contrast when a tree meets the ground sometimes. 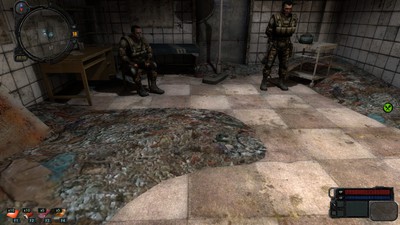 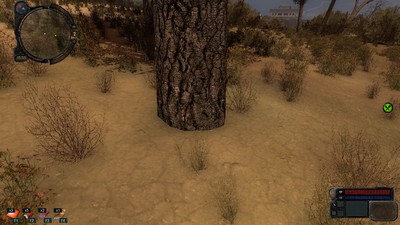 Other minor imperfections are how the weather is not completely saved with the game and slightly changes when reloading, a few problems with scripted sequences, the lack of FOV controls (no motion sickness, fortunately), and other minor glitches.

Another important low point is that, probably due to a lack of budget or time constraints, conversations in Call of Pripyat (and other games in the series) only take place in textual form. No audio has been recorded for the thousands of lines of conversations, which feels a bit weird in the beginning if you’re used to games in the Fallout series in which every single conversation line is spoken. Textual form also saves time to the player because it’s faster to read them than to listen to them, but most games, like Fallout 3 or New Vegas, or the original Deus Ex, provide thousands of lines too with subtitles and the ability to skip the audio.

On the other hand, the conversation log in the game is a very welcome and well done feature. The only missing detail from the PDA is the possibility of taking your own personal notes like you could do ages ago in the original Deus Ex, for example, but is normally lacking in many games. For example, in Doom 3 I really got tired of writing down access codes.

A must-buy if you ask me, specially if you have already played Shadow of Chernobyl. In particular, I love this game franchise.